Cost:
$15
Contact:
Elaine Yamaguchi or Julie Mason
(510) 351-9922
Email
Bio:
Sarah Minson is a research geophysicist with the U.S. Geological Survey’s Earthquake Science Center.  Her research interests include using probabilistic inference for seismological problems such as determining the physics of earthquake ruptures, and estimating the slip distribution and predicting the ground motion from earthquakes in real-time for earthquake early warning.  She received her B.A. from the University of California, Berkeley, and M.S. and Ph.D. degrees from the California Institute of Technology. Prior to her current position, she was a Mendenhall post-doctoral fellow with the U.S. Geological Survey as well as a post-doctoral fellow at the California Institute of Technology.  She is a winner of the Presidential Early Career Award for Scientists and Engineers (PECASE) and a Kavli Fellow (National Academy of Sciences and The Kavli Foundation).  More info: https://www.usgs.gov/staff-profiles/sarah-minson
“Imminent Shaking”: What Kind of Earthquake Warning is Possible? 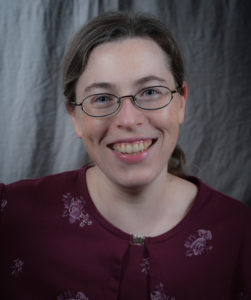